Press enter to begin your search

For more information about our Governing Board, please click the link below.

The governors of our federation have a very important role in the school communities of both Golden Flatts and Lynnfield, and it is important that parents and carers know who are representing them and their children. If you are interested in finding out more about the work of the federated governing body, or would like to become a governor, please don’t hesitate to contact Mrs Sharpe. The DFE sets out the purpose of the Governing Body;

Hello, I’m Mark Tilling! I have been a member of Lynnfield Primary School Governing Body for well over 8 years and its Chair of Governors for the past 3 years.  I became the Chair of Governors of the federated governing body in December 2018. In my spare time I am Headteacher at High Tunstall College of Science in Hartlepool and am passionate about every young person being able to achieve their potential.  I want to ensure that the schools I work with do everything to support every young person and their families.  I am also a Governor at Belmont Primary School in Guisborough and on the Management Committee of the Hartlepool PRU. I am married to Rachel and have 3 children, all at secondary school, and a dog called Luna.  In what time I have left for my family I enjoy sport, and I am a passionate supporter of Swindon Town Football Club.  I enjoy walking on the beach with my dog and family.

I am passionate about the provision of equality of access to first class teaching and learning for all young people, and have done everything I can to support this. 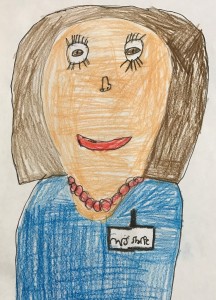 Hello, my name is Sue Sharpe. I became Headteacher Golden Flatts Primary School in September 2006. I left Golden Flatts in September 2017 to become the Headteacher of Lynnfield Primary School. When the schools federated in December 2018 I became Executive Headteacher and work across both schools in the federation.  I started my teaching career in Billingham in 1992. However, I have mainly taught in Hartlepool and have worked at Rift House, Brougham and Golden Flatts. Prior to my appointment at Golden Flatts I spent 6 years working as the Deputy Headteacher of Brougham Primary School. As a class teacher I taught from nursery to Year 6. I am very committed to ensuring that we cater for the needs of all of the children in our care and I have been the special educational needs coordinator at three different schools. I am passionate about children’s learning and ensuring that all children in our federation achieve their very best. Ultimately we want them to be happy, assured, independent young people ready to start on their next stage of education with self-confidence, knowing that they are fully equipped to take on new challenges and be successful. I have three children of my own. My youngest child is at primary school and my eldest children are at secondary school. As you can imagine life outside of work is very busy and I don’t get a lot of free time! As a family we love to go walking and we often spend Sundays out in the country side exploring new places. 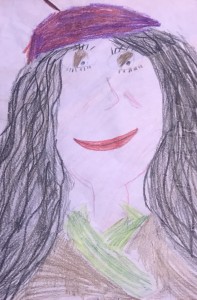 Hello, my name is Kate McIntyre. I became Deputy Head Teacher of Lynnfield Primary School in April 2014.  From being a very young child I have always wanted to be teacher.  I started my teaching career in Kirby Lonsdale in a boarding school in 2001.  After that, I worked in Middlesbrough, Stockton and now in Hartlepool. As a class teacher I have taught from nursery to Year 6. I am passionate about children believing in themselves to be the best that they can be! I believe that education must give children the skills and knowledge for their futures but also support them having a healthy growth mind-set that enables them to be resilient and ultimately successful in whatever they choose to do. I have two children of my own; both are now in secondary school.  Life is very busy but we find the time to do activities as a family and visit out favourite places such as Whitby and the Lake District.

Hello I’m Vicky Folland I’m a co-opted governor at Golden Flatts primary school, part time driving instructor and busy Mam of two, both of my children attend Golden Flatts primary school. I approached my daughter’s teacher when she was reception class to ask if I could become a governor as I had previously been a governor at her nursery school.   I wanted to be a governor to find out more about the runnings of the school. I love being a governor and find it very rewarding and especially love the visits into school to see what the children have been up to. A lot of my spare time is spent taking my children to lots of after school activities and walking our dogs.  I’m also the secretary of my daughters dance school committee.  We all love spending time as a family making crafts, watching films and reading books 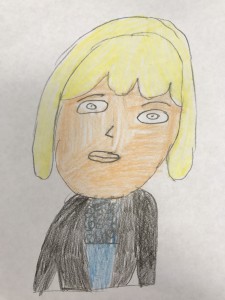 I worked as a Business Manager for 24 years in a Secondary school, and I am now retired.  I became a Community Governor for Golden Flatts Primary School in 2014. My reason for being interested in becoming a governor in a Primary school was to become familiar with the differences and/or similarities of running the business side of both types of schools i.e. the budget, the premises and personnel,. This then gave me the opportunity to be able to contribute if and when necessary. Even though I am now retired I am still very interested in the education of young people and the different ways the teaching staff use to guide and enhance these children’s futures by giving them the best possible opportunities. Miss Kim Wrigglesworth, Staff Governor I’m a staff governor and I teach in year 2 at Lynnfield Primary school. After leaving college I attended Northumbria University and got a degree in English literature and journalism, after getting my degree I worked at JD sports for 6 years as floor manager before finally training to be a teacher! Being a governor is a massive bonus to my role and I thoroughly enjoy being part of both sides of the education field. I am fully committed to both roles and look forward to being part of the new  federation to ensure the children of both schools get the best possible education.  I do not have any children (yet) but I do have 2 cats which keep me busy enough! In my spare time I love to read and spend time with family and friends.

Miss Kim Wrigglesworth, Staff Governor I’m a staff governor and I teach in year 2 at Lynnfield Primary school. After leaving college I attended Northumbria University and got a degree in English literature and journalism, after getting my degree I worked at JD sports for 6 years as floor manager before finally training to be a teacher! Being a governor is a massive bonus to my role and I thoroughly enjoy being part of both sides of the education field. I am fully committed to both roles and look forward to being part of the new federation to ensure the children of both schools get the best possible education.  I do not have any children (yet) but I do have 2 cats which keep me busy enough! In my spare time I love to read and spend time with family and friends.

Hello, I’m Carolynne and I am a Parent Governor. I have one daughter currently at Golden Flatts and one daughter in secondary school. I attended school in Billingham and eventually moved back ‘home’ to Seaton Carew. We have a very busy household with a menagerie of animals which include a horse, cats, dog, and ducks amongst others which take up much of our time. I have worked full time in Finance since I left school traveling up and down the A19 to Gateshead and now Peterlee. I was interested in learning how the school worked in the background and thank Mrs Sue Sharpe for suggesting I apply for the Governing Body. Since joining, I am enjoying my further education

My name is Frank I was born in Scotland and moved to Hartlepool when I was 11 and still at primary school, in Hartlepool I attended Elwick Road Secondary Modern School. I have an identical twin, and his name is Bill. I joined the Army at 15 as soon as I left school. I was a Football Referee and Assistant Referee. I am the Image Editor for JPIMedia in the Northeast of England and in charge of photographic at the following newspapers, Sunderland Echo, Hartlepool Mail and Shields Gazette, I photograph Sunderland, Hartlepool United, Newcastle United and Durham County Cricket Club as well as other sports.  I am married and have 3 daughters No.1 is a Teacher at Lynnfield, No.2 is a Solicitor in Teesside and No.3 is a Radiographer at North Tees Hospital. When not at work I photograph Sumatran Tigers, Western Lowland Gorillas and Snow Leopards for various endangered big cat Breeding Centres and Zoos. I am Vice Chair of Governors at Manor Community Academy and Dyke House Sports and Technology College, part of Northern Education Trust, with a special interest in Safeguarding and Discipline.

Hello my name is Elaine Collins and I have been a Governor at Lynnfield School for many years now. I originally joined the Governing Body as a Staff Governor. Then I became a co-opted member and am now an associate member of the Newly Federated Governing Body of Golden Flatts and Lynnfield Primary Schools. I have worked at Lynnfield School since 2004. I am currently a HLTA in Leo’s, the 2 year old provision attached to Lynnfield School. I am a parent and grandparent and very passionate about ensuring that all children have the best childhood they can have. I also strive to support, in the best way I can, children and their families to ensure that they become well rounded individuals.

The more you try the higher you fly!